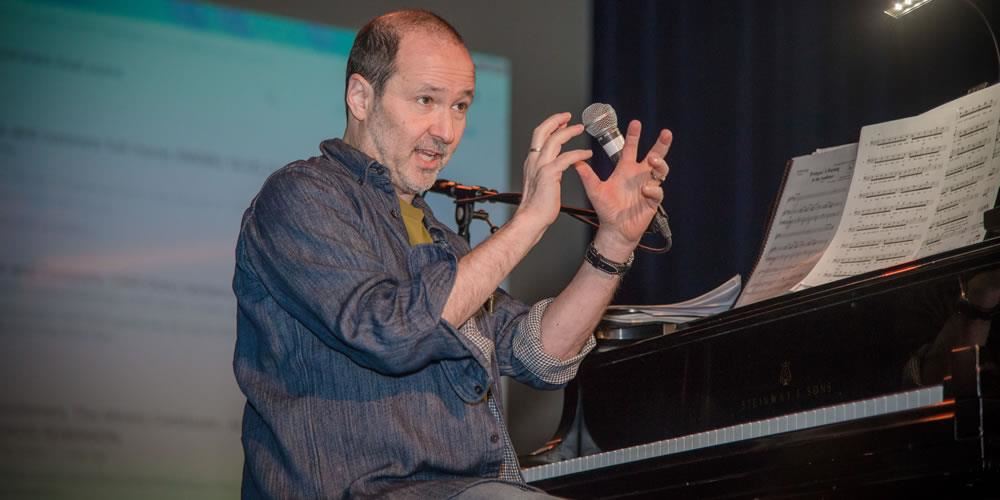 Lutvak is musician raised in Merrick, L.I. and based in New York City. He is a composer for theatre and film, as well as a singer/songwriter. He is best known his work on “A Gentleman's Guide to Love and Murder” with Robert L. Freedman. The Broadway production of this play won four awards at the 68th Tony Awards in 2014, including Best Musical. He also composed the title track to the documentary film “Mad Hot Ballroom,” and has written music for “The Wayside Inn, “Esmeralda,” “Almost September,” and “Campaign Of The Century.” Lutvak has also released his own album, “The Time it Takes.”

“It’s not enough to be gifted,” Lutvak told the LIHSA students. “You need a product. When I realized that, I began writing more and more, and I had more to offer. We need to hone our craft, and to really know when something is good – and then you need to trust yourself. Believe in what you’re doing and be passionate about it.”