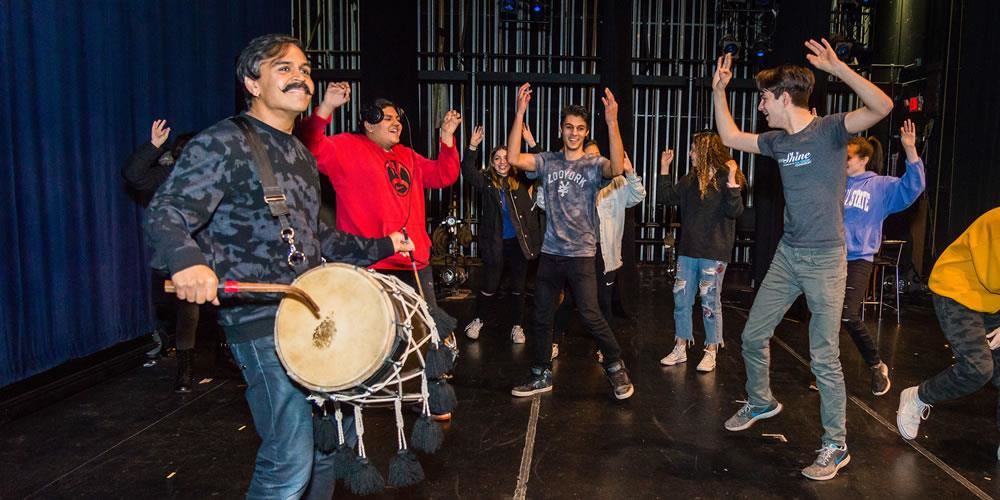 As part of its Master Class program, students in the Music & Movement-Rhythmic Explorations program at the Long Island High School for the Arts (LIHSA) welcomed writer, producer and musician Sunny Jain. And they got a chance to get in on the action!

“My parents wanted me to be a doctor,” Jain told the students. “But you have to love what you do. It’s a process, there’s no rocket ship to get you where you want to go, you have to do the work.” He added that the LIHSA students had good questions for him, and that he had great admiration for their teachers. “They teach the students that they all, the dancers, singers, musicians, need to co-exist with each other.”

Jain is an American dhol (a type of double-headed drum) player, drummer and composer. He is recognized as a lead voice in the burgeoning movement of South Asian-American jazz musicians. His seven albums have all received international acclaim for their "groundbreaking synthesis,” as he brings together the ancient sounds of his cultural heritage, America's greatest original art form and a host of other sounds. He is known for his work with Bagged (2015), Play with Caution (2017) and Lemon Cove (2016).