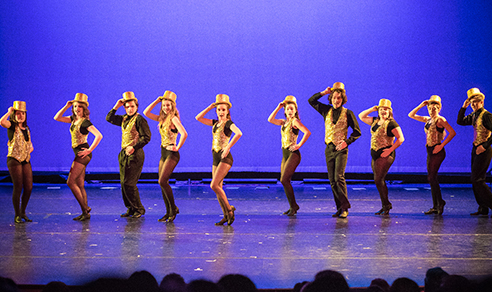 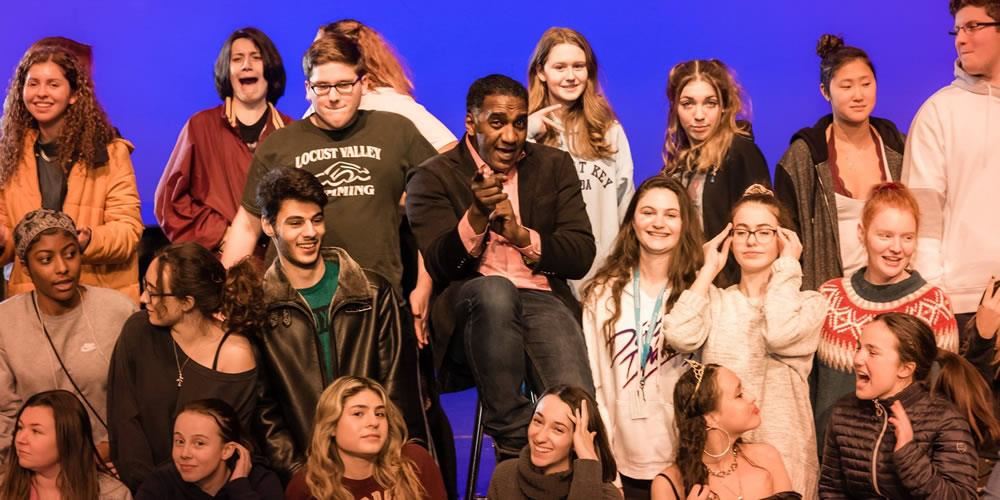 Tony Award Nominee and Broadway veteran Norm Lewis shared his professional talent with the students at the Island High School for the Arts (LIHSA) in Syosset recently when Lewis led a Master Class and Q&A session at the school.

Lewis talked about his impressive career on stage, television, and film. LIHSA’s aspiring artists then had the chance to seek advice on pursuing their careers in the arts.

“I felt very welcomed here,” Lewis said after the morning and afternoon sessions with the students. “Their questions were so intelligent. I don’t remember being this smart or even this driven at that age!”

Lewis talked about the repetitiveness of doing six shows a week on Broadway. “If you’re doing musical theater, you have to tell a story,” he said. “A song is just a little story, added to a bigger story. I started with singing, and I put that foot forward, and the acting came second. I like to keep it fresh, but when those lights come on, I have a responsibility to those in the audience who are expecting excellence from me. That’s my job.”

“I still get nervous in front of people …. I’m nervous now!” He said to the LIHSA audience. “You’re the product [when you’re on an audition], and you have to convince that person to ‘buy you,’ you have to convince them that you’re the right choice. I didn’t sleep for days when I moved to New York, it was really a big decision.”

Lewis is an American actor and baritone singer. He has appeared in Europe, on Broadway, in film, television, recordings and regional theatre. His twelve Broadway appearances include “Miss Saigon,” “Sweeney Todd,” “The Little Mermaid,” “Les Misérables,” “The Wild Party,” “Phantom of the Opera,” and several others. In May of 2014, he made history as The Phantom of the Opera’s first African-American Phantom on Broadway. His additional television credits include “Chicago Med,” “Gotham,” “The Blacklist,” and “Blue Bloods,” as well as in his recurring role as Senator Edison Davis on the hit drama “Scandal.” He was most recently seen in the NBC television special “Jesus Christ Superstar Live in Concert!” alongside John Legend, Sara Bareilles, and Alice Cooper.