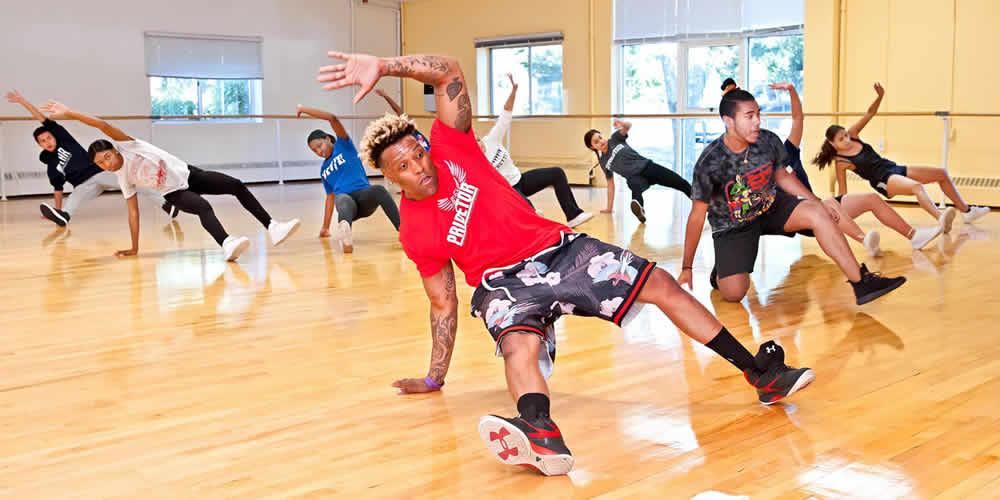 As part of its Master Class program, students from the dance, art and fine arts classes signed up for the popular Kerboomka class at the Long Island High School for the Arts (LIHSA) recently, led by the dance style’s creator Kershel Anthony.

The Kerboomka style of dance engages your core by crunching and twisting your abs, while you’re learning rhythm and hip-hop inspired movements. During this class, the students were learning the Michael Jackson-style robotic movements.

The Master Class program is part of the school’s ongoing mission to provide its students with an inside look at the industries they are pursuing, and to introduce them to mentors within their chosen field. In this case, student from across various disciplines signed up for the popular class.

“It was great!” said Anthony after his first of several master classes. “The kids were very excited, very enthused. It’s awesome to teach them, especially since there were students from all different classes in here, some who never danced hip-hop … they’re tapping into their own creativeness.” Anthony’s son, Jaden, is a student at LIHSA, majoring in ballet and modern dance.

Dance instructor Natalie L’Etoile, who took the class alongside her students, said, “He’s fantastic! I agree … the more opportunities you have to take different styles of dance just opens up many other possibilities. Put more tools in your toolbox for your career, wherever it may lead you.”

Kershel Anthony has been lighting up the dance and fitness world as a choreographer, fitness expert and entertainer for over twenty years. Raised in New York, he started dancing at the age of five and attributes his love of dance to being surrounded by music while growing up. He studied Dance at Hofstra University where he perfected his style, becoming an expert in hip-hop, and modern dance, as well as honing his break dancing skills. He’s appeared on Spike TV and on Sweat Inc. with Jillian Michaels. He is also the founder of Kerboomka Fitness, KerboomKidz Fitness, and KBK Events and Productions.