A Great Horned Owl hatched at our Brookville site!

Even though it is located in the middle of Nassau County, the 16 acres of the Brookville Environmental Center is surrounded by golf courses and a horse farm making it feel very remote from all-things-surburban!.

And it is why perhaps that a pair of Great Horned owls chose it as their nesting place!  We've been tracking the development of the what appears to be just one chick. The pictures in the photo gallery at right begin on April 1st with our first sighting.

According to Program Specialist Bill Monahan, here are some facts about Great Horned Owls: 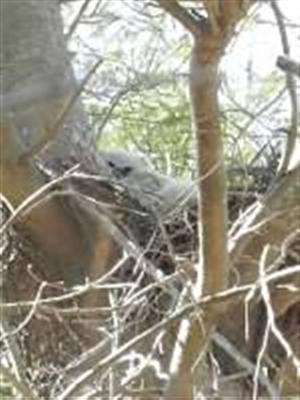 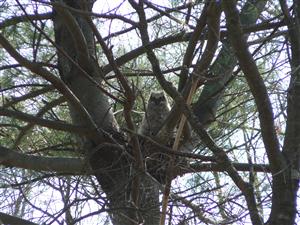 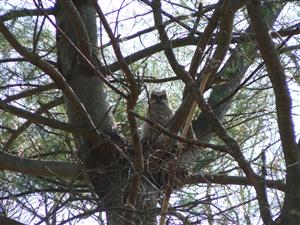 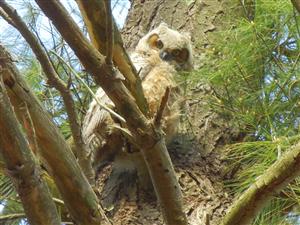 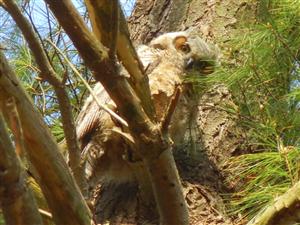 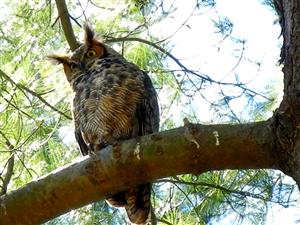