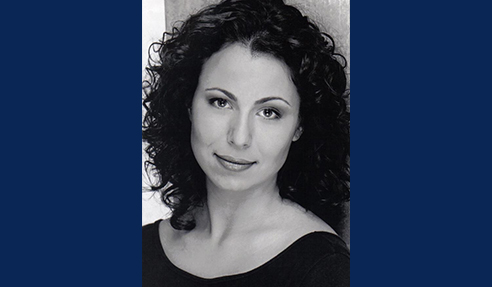 Nassau BOCES Long Island High School for the Arts’ (LIHSA) own Dina Denis was lauded recently for her collaborative work with renowned choreographer Anabella Lenzu. Ms. Denis, who is the Director of the LIHSA Dance Department and a dance instructor at the school, won praise from critics for her performance in Lenzu’s retrospective, presented at the Argentinean Consulate.

New York Arts reviewer Mari S. Gold was deeply affected by Ms. Denis’ paired performance with fellow dancer Lauren Ohmer. “As they stretched with imploring arms and beat the floor with their feet in frustration, it was impossible not to be moved,” Gold wrote. The Dance Enthusiast’s Jenny Thompson declared that Ms. Denis’ performance of Lenzu’s “Ilusiones de Percantas (Women’s Dreams)” was a showstopper. “It marks dancer Dina Denis’ standout moment,” wrote Thompson, “as she embodies the brash and sultry persona of her character.”

Ms. Denis is a professional dynamo who is well known among the New York City dance community. She is Founder and Artistic Director of Dance Into Light (DIL), a troupe of artists from various disciplines in addition to dance, including visual artists, videographers, musicians and composers. The troupe — which has performed nationally and locally — has earned the endorsement of the Queens Council on the Arts, the New York State Council on the Arts and the Department of Cultural Affairs, among others.

Ms. Denis is an accomplished educator. Before coming to LIHSA, she taught for several years in the New York City school system. At the East Bronx Academy for the Future, she developed the “Literacy through Creative Dance” program. She has also served the New York City Department of Education’s Offices of Arts and Special Projects as facilitator and adjudicator of the “Dance Arts Achieve Assessment,” a federally funded program that is as a national model of standardized arts assessments in public schools.