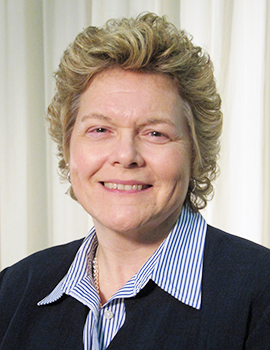 In the spring of 2008, Judith Hynes took the helm of the Nassau BOCES Teenage Parenting Program (TAP) and immediately immersed herself in the monumental task of transitioning TAP to its new home. She was instrumental in ensuring that the new physical space for the program was safe and appropriate for the students of TAP and their newborn babies. Ms. Hynes worked persistently and passionately to deliver a sound academic program to the teen parents entrusted to her care and to provide a safe, healthy, nurturing environment for her students’ infants and toddlers.

After moving into a Central Office position, Ms. Hynes was tasked with overseeing the Alternative Education programs in the Department of Regional Schools and Instructional Programs. Two of those programs include the Regional Summer School and the Twilight Alternative High Schools. In this role, Ms. Hynes has grown the summer program to more than 25,000 students. She improved the program’s curriculum and prioritized the role of program coordinators as instructional leaders, encouraging them to support instructional staff.

During Ms. Hynes tenure as principal, the Summer School program has seen a significant increase in the passing rates of several of the common core exams. By engaging master teachers to assist in improving instruction and continually working to improve teacher performance, Ms. Hynes has helped to affect notable increases in the scores of the 28 districts involved in the program.

In addition to her role as principal, Ms. Hynes serves as Co-Chairperson for the Education Committee of the Juvenile Detention Initiative. She has also just joined the Board of S.T.R.O.N.G. (Stuggling To Reunite Our New Generation) Youth which is dedicated to ending youth and gang violence.

“Judith Hynes’ persistence, determination and vision have made a profound impact on tens of thousands of young people throughout Nassau County,” wrote her award nominator. “She has opened doors for many individuals for whom doors seemed to be prematurely closing. She is dedicated to improving the learning environment for students and teachers alike, and her reach as a leader is remarkable.”