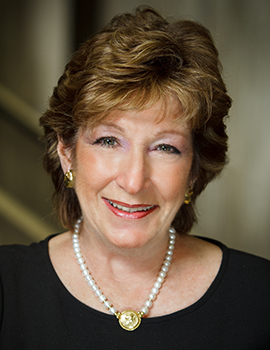 After serving as a member of the Port Washington Board of Education for several years, including in the role of President, Amy Bass stepped down to launch the Port Washington Education Foundation. Utilizing her numerous community connections, Ms. Bass began pursuing a mission to create additional support for the schools. As its President, she led the foundation and its dynamic board for five years and continues to serve on its executive board as President Emerita.

Building on her formidable leadership skills and her experience with Port Washington schools, Ms. Bass soon became one of the founding members of the Nassau BOCES Educational Foundation. She was instrumental in the development of the foundation’s bylaws and over the years has helped to raise hundreds of thousands of dollars in support of Nassau BOCES programs and services. She currently serves on the foundation as Board Member and Recording Secretary.

Ms. Bass has earned the Trailblazer of the New Millennium Award from the Nassau County Legislature, holds a distinguished place on the Town of North Hempstead’s May W. Newburger Women’s Roll of Honor, was named Citizen of the Year by the Port Washington Community Chest and was honored with the Friends of the Library Award. She has been recognized by the Ed. Foundation (Port Washington), the Port Washington School District, Residents for a More Beautiful Port Washington, the League of Women Voters and the Port Washington Youth Council.

“It isn’t everyone who can take an idea and make it a reality, but Amy Bass is one of those people,” wrote her award nominator. “Her leadership skills are a model for all. Her commitment to improving her community and enriching the lives of its residents and students is exemplary. We are the grateful beneficiaries of her outstanding commitment.”