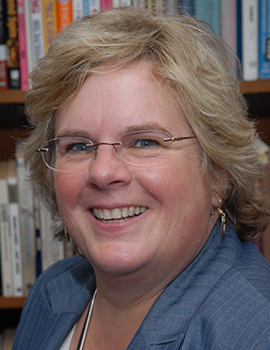 Lucinda P. Hurley has repeatedly united educational and civic leaders, community organizations, legislators and numerous other key opinion leaders to work toward the common goal of bringing equity and opportunity to every student on Long Island. She has brought her formidable leadership skills to the local, state and national levels in multiple arenas, including outdoor and environmental education, alternative education, programming for high-risk youth and early childhood education.

Nassau BOCES, where she has served as an executive director for seventeen years, 32 years overall, looks to her as a relationship builder and a problem solver.

One of Ms. Hurley’s greatest accomplishments is having spearheaded the Long Island Pre-K Initiative. Now in its fourth year, the Initiative is at the forefront of the movement to address the inequities in Pre-K education on Long Island. Last fall, the Initiative held its second conference, bringing together local legislators and more than 500 educators, including the New York State Commissioner of Education, who spoke to the group about the need for equitable funding throughout the state and especially on Long Island.

In 2011, Nassau BOCES created the Department of Strategic Initiatives specifically to capitalize on Ms. Hurley’s many strengths. As executive director of this department, she leads special work groups and teams, facilitates the agency’s strategic planning process, oversees the Communications Office, as well as, grants, research and quality assessment for all of Nassau BOCES. In this capacity she also leverages agency resources with community resources to maximize the benefit to Nassau County’s 56 school districts.

Ms. Hurley has served on the boards of Literacy Volunteers of America, Cornell Cooperative Extension, the Nassau County Youth Board, and the Long Island Arts Alliance. She has lent her expertise to numerous community groups, including the Child Care Council of Nassau’s Parent Leadership Initiative.

“The work that I am credited with having done is really the work of Nassau BOCES,” Ms. Hurley humbly stated. “What I would most like people to take away with them is an understanding of just how much Nassau BOCES cares about the school districts, students and families in our region.”