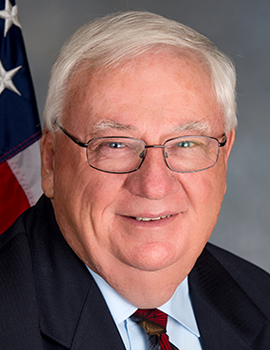 Long before his election to the New York State Senate in 2016, John E. Brooks had been an ardent supporter of public education on Long Island. A member of the Seaford Board of Education for six years, two of which he served as vice president, he has a clear view of the Island’s educational landscape and an exceptional insight into the fiscal challenges facing our schools.

Senator Brooks has made it his mission to explore every conceivable alternative to provide funding for Long Island’s school districts and to procure equitable state aid that has the least possible impact on local property taxes, mitigating the burden on the average homeowner. Since taking office, the senator has sought to open a dialogue with his fellow lawmakers and to propose legislation that would address the disproportionate cost of education on Long Island. Stated among his legislative priorities is “ensuring that all students receive the highest quality education possible.”

While in office, Senator Brooks continues to meet with local boards of education and district administration. He consults regularly with the Long Island Education Coalition, reviewing the findings of its annual school budget survey, as well as its bi-annual “Costs & Outcomes” report. He collaborates with the Board of Directors of Reform Educational Financing Inequities Today (R.E.F.I.T.), a consortium of school districts devoted to securing a fair and equitable share of New York State Aid to education. He is a regular guest at the Nassau County PTA’s annual Legislative Conference. He is also a driving force behind the New York Senate Youth Leadership Recognition Award, which recognizes and honors those outstanding students who will become our future leaders.

“I am very much committed to education at every level,” said Senator Brooks. “It’s important to understand what education really is, which is a preparation process for life. Every student, regardless of where they live or what their financial situation is, deserves the opportunity to get a good education. Because of this, we have an obligation to make sure that we fully fund education in every school district in the state. The way we’ve funded education in the past hasn’t worked, so we’ve got to make some major changes. There are some real challenges ahead, but we’ve got to put our kids first while being fair to the taxpayers.”