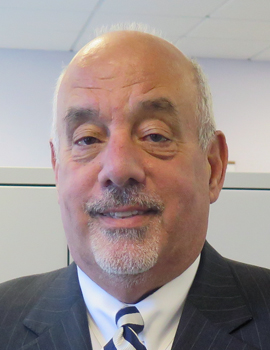 Under his guidance as principal, Baldwin High School earned the prestigious Blue Ribbon Award from the U.S. Department of Education, designating it as a National School of Excellence. As Superintendent of the Merrick UFSD, he earned the Magna Award from the National School Boards Association for establishing a Parent University that increased parent involvement throughout the schools.

In his role as Program Evaluator for the U.S. Department of Education, Dr. Melucci has drawn on his expertise to aid schools nationwide. As President of the Nassau County School Superintendents Council, he worked with federal and state officials to deliver the best possible educational practices to students in Nassau County. He has delivered presentations at a number of local and national conferences on a variety of topics, including dropout prevention, technology, adaptive supervision and developing standards of excellence.

Even in retirement, Dr. Melucci continues to serve as an educator. He is currently Interim Superintendent of Schools in Franklin Square, as well as an Associate Professor for St. John’s University’s Department of Administration and Instructional Leadership.

Dr. Melucci was a member of the Tower Foundation, helping to fulfill its mission of supporting young people affected by intellectual disabilities, learning disabilities, mental health issues and substance use disorders. He is also a financial contributor to Hope House Ministries, which helps homeless youth and young adults.

“Dr. Ranier Melucci epitomizes what it means to be an educator,” wrote his award nominator. “He is a consensus builder and a trailblazer who truly believes in and supports education. It is almost impossible to select a single example of his impact on public education. He is a visionary leader who goes beyond the limits of his job description to make substantive, systemic changes.”