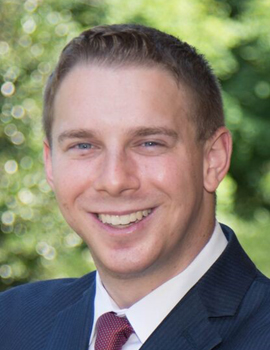 Legislator Joshua Lafazan wasted little time in building a reputation as a civic-minded leader. In his senior year of high school, he was elected to the Syosset Board of Education, earning 82 percent of the vote. That same year, he was named to the Long Island Press Power List, which identifies “the 50 most influential people on Long Island.” A year later, Mr. Lafazan founded Saferide Syosset, an outreach program that helps impaired teens get a safe, no-judgment ride home from a sober driver.

At age 23, Mr. Lafazan was elected to the 18th District of the Nassau County Legislature, becoming the youngest person ever elected to serve on that body and the second-youngest person ever to be elected to public office in New York State. In this role, Legislator Lafazan has secured passage of legislation to create cutting-edge countywide services to connect individuals struggling with the disease of addiction to recovery resources and championed new resources for Deaf and hard-of-hearing residents. He has also supported legislation prohibiting the sale of age-restricted tobacco products to those under the age of 21.

Most recently, Legislator Lafazan, working in partnership with the Nassau County Executive, created NassauStopBullying.org, a bullying prevention website that provides parents, students and educators with the resources to combat bullying. In addition to information on bullying and cyberbullying, the site contains links to Nassau County coordinators of the Dignity for All Students Act, as well as direct connections to suicide prevention hotlines and mental health facilities.

“Joshua Lafazan is an exceptional legislator and an exemplary model to young people,” wrote his award nominator. “He is an approachable official and an extremely effective leader who works tirelessly for the people of Nassau County. He truly gets things done!”

A graduate of both Cornell and Harvard Universities, Legislator Lafazan is a recipient of the New York State School Boards Association Lifetime Achievement Award. In addition to his other roles as a civil servant, he has also served his hometown of Syosset as a volunteer firefighter.