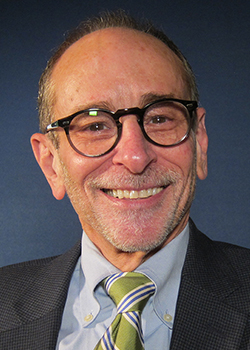 Arnold Goldstein has served more than 40 years as an administrator and educational leader. For 27 of those years, he served the New York City School System as a teacher, assistant principal and principal, before coming to Long Island and taking his place as an administrator for a number of local school districts.

As Superintendent of the North Bellmore UFSD, Mr. Goldstein helped the community to support its schools despite the economic challenges of a recession. In addition to guiding the district through the passage of a number of annual budgets, he also succeeded in passing a bond referendum that funded much needed renovations to district facilities. As Principal of Jericho High school, he restructured the science research program, established a School Integrity Committee, and introduced a number of new courses to the curriculum.

Mr. Goldstein met with the late Richard P. Mills, Former Commissioner of Education for New York, to discuss the state educational standards, and served on the Deputy Chancellor’s Consultation Committee. He was appointed Chairperson of the New York City Task Force on Global Studies, was selected for the National Executive Service Corps’ Leadership Seminar, and named Queens Supervisor of the Year. He has presented workshops for the National Association of Secondary School Principals and the Association for Supervision and Curriculum Development.

Mr. Goldstein currently serves as a mentor for New York City Schools’ Educational Leadership Institute, delivering professional development to help improve administrative instructional practices. As a board member of the Nassau BOCES Educational Foundation, he has helped to secure funding for a number of vital Nassau BOCES programs.

“Arnold Goldstein is recognized as an educational leader who is not afraid of facing challenges and making difficult decisions,” wrote his award nominator. “He has earned the respect of the communities he has served. He is an educational advocate who believes in the potential of all students, regardless of academic ability or socio-economic background.”