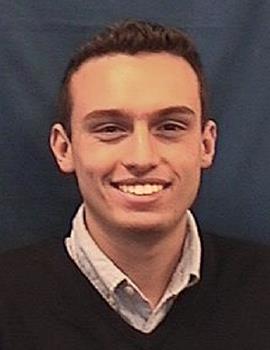 Nassau BOCES Barry Tech alumnus Nick Hydo “has been a dynamo since his high school days,” according to his former Video Production and Digital Filmmaking teacher Robyn Cavalieri-Morgan. A peer leader at the top of his class, he has applied what he learned in school to build an award-winning career in the entertainment industry.

Currently serving as technical director for Madison Square Garden Entertainment, Mr. Hydo has enjoyed tremendous success as a sports broadcast professional. In his role as technical director for ESPN, he earned an Emmy Award for Outstanding Technical Team Remote. He has worked for a number of other major sports networks as well, including FOX Sports, NBC Sports Network and the New England Sports Network.

Mr. Hydo has been a vital contributor to countless broadcasts for major sports franchises, including the New York Knicks and New York Liberty basketball, as well as the New York Islanders, New York Rangers and New Jersey Devils hockey.

“It was always apparent that Nick’s drive, ambition and talent would lead him to a successful future,” observes Ms. Cavalieri-Morgan. “While he consistently excelled in his own work, he invariably found time to help his classmates.” To this day, the teacher says that Nick’s class projects are used as a standard for student achievement.

Mr. Hydo regularly returns to his alma mater to share his knowledge and experience through Master Classes. He gives Barry Tech students an inside look at sports broadcasting, teaches them about current industry standards, and answers questions about what it’s like working day today in the broadcast industry.

A graduate of Iona College, Mr. Hydo earned a bachelor's degree in radio and television broadcasting technology. While studying for his undergraduate degree, he worked as a production assistant for Iona College Athletics and ESPN3.