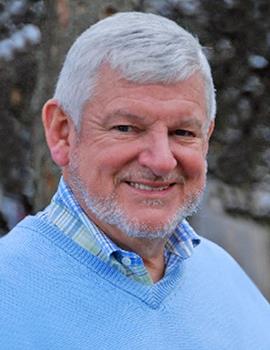 Nationally recognized guidance counseling guru Gwyeth Smith is so well respected in public and higher education that he and his work were the subject of a book written by Pulitzer Prize-winning author Dave Marcus. The book, “Acceptance,” was released to major critical acclaim by a number of prestigious professionals in the field. His work has also garnered the attention and support of the U.S. government, which awarded him a fellowship in urban school counseling under the Education Professions Development Act.

Throughout his 40-year career, Mr. Smith has taken a holistic approach to the college application process. He has employed his expertise to guide his students every step of the way, and to advise their parents on applying for financial aid and finding cost-effective solutions to offset the significant cost of higher education. He learns about his students’ passions and hopes for the future, and uses that knowledge to create a college selection list that best suits them. Smith’s advice to his students: “It is not where you go, but what you do that will determine your success.”

Mr. Smith is devoted to helping underprivileged students, who often do not have the same advantages as students from families with greater economic means. He has traveled throughout the country to advise large urban school districts on how to better address the needs of financially challenged students, and to give them the same college opportunities as everyone else. He is also devoted to helping students from diverse backgrounds, and to that end established the first Black College Fair on Long Island.