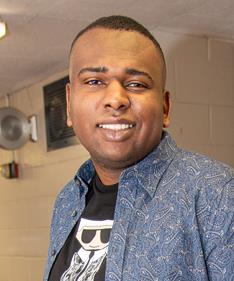 Through hard work and perseverance, TayJohn has excelled academically and is consistently named Student of The Month. TayJohn’s talent for computer animation and graphic design is so formidable that he was accepted to the Computer Animation and Digital Media Skills program at Barry Tech, where he has earned a place on the Honor Roll every year.

TayJohn never misses an opportunity to lend a hand to someone else: he helps his neighbors to shovel snow and carry groceries; he donates food and clothing to local homeless shelters; as a participant in Smile Farms, he grows and harvests chili peppers for use in hot sauce that is sold to raise money for local charities; and as an active member of Key Club, he helps to plan and organize fundraising events to collect money for local families in need.